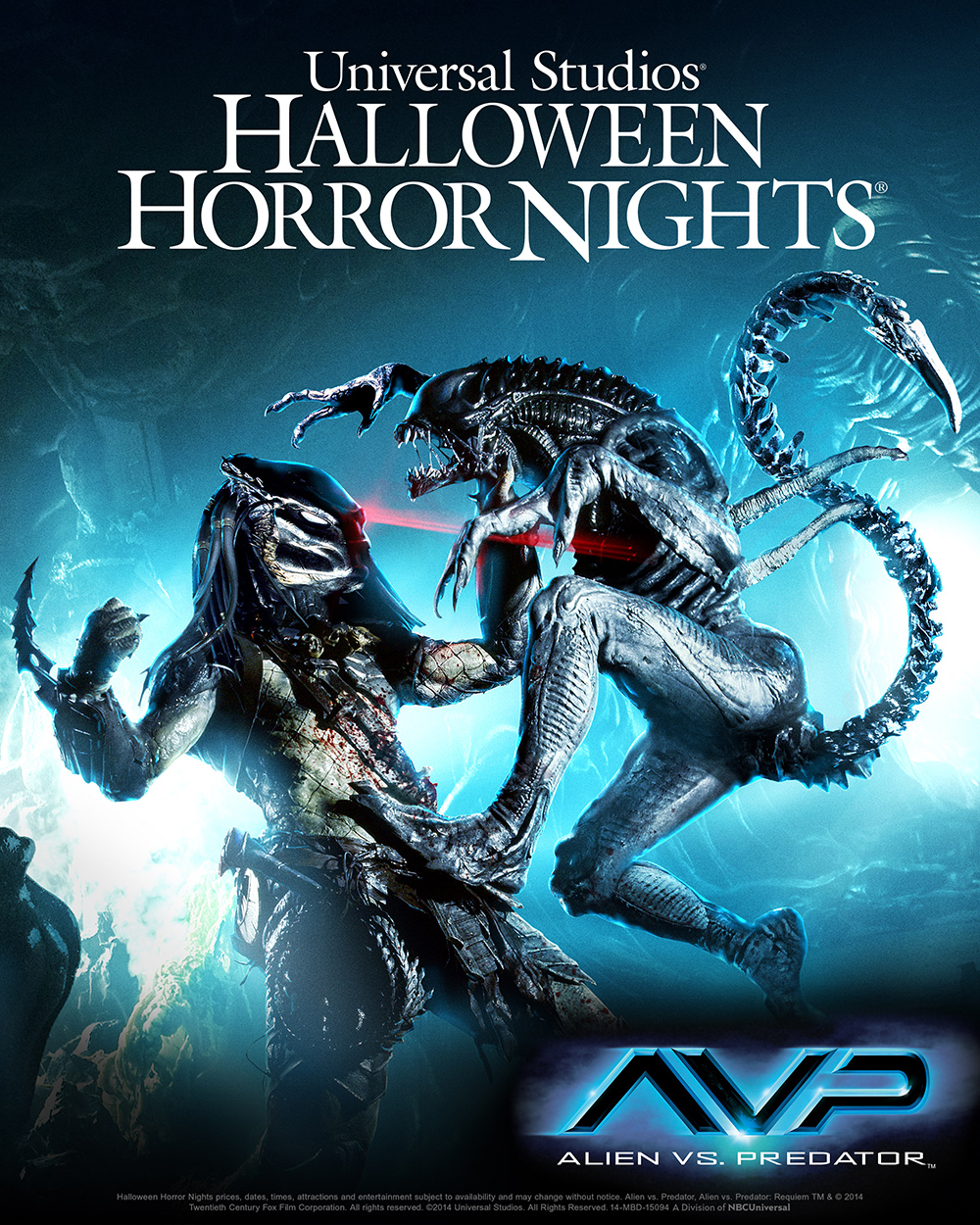 Don’t be alarmed, I cannot predict the future! Our awesome tipster was right on the money! Alien vs Predator will be featured in a maze at this year’s HHN in Orlando and in Hollywood! Although this isn’t the first time we’ve seen Alien vs Predator references in the park (Bill and Ted,) this is the first time we can officially use the names Alien and Predator without being (mickey mouse ears) “sued.” Hurray for an awesome house! Two very successful franchises are about to take over in an epic battle inside a single haunted maze. This brings me back to when we were given the incredible opportunity and IPs of Freddy and Jason but not Freddy vs Jason. Thankfully we’ve got the right house this time. Granted, those two slashers did deserve their own individual mazes. In any case, Fox has agreed that both of these franchises deserve to share a maze that any horror fanatic can get behind. Watch your back because beginning Sept. 19, guests will be placed in the middle of an epic and primal war between the universe’s most deadly species in an all-new, horrifying haunted house inspired by the cult sci-fi franchise AVP: Alien vs. Predator.