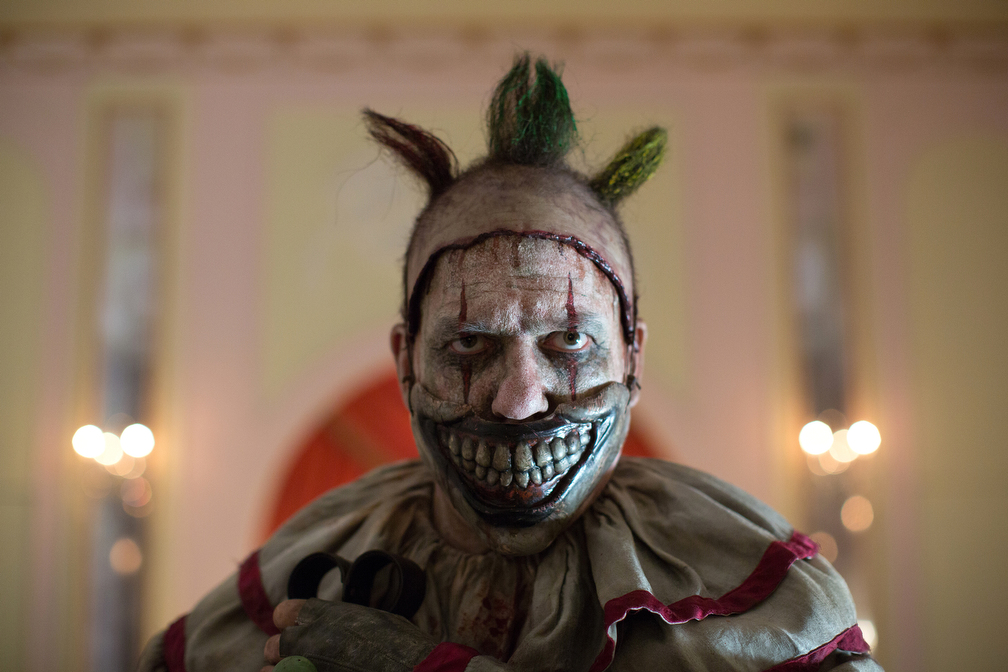 Finally, the news I’ve been waiting for since the first time I watched American Horror Story: Murder House. The horror themed TV show, based on a new theme each season, has yet to officially announce it’s involvement with Universal Studios to bring a haunted maze to Halloween Horror Nights this year but the evidence has popped up on official channels much like scream last year. So it’s more or less confirmed at this point. We really thought we would see this house last year, so the fact that it is happening this year really brings hope for the lost houses of years past. From what I’m hearing, the house is to be a multi-year deal and feature themes based on Murder House, Freak Show and Hotel. Strangely, we won’t be seeing Asylum and Coven this year. So pay attention to those keywords, “this year” because it sure does seem like a multi-year deal.

I mentioned this in a previous post, but I think the link between Universal and the brand was pretty obvious during episode 1 of season 5, Hotel. As you can see in the video below, the very first words in the season premiere were plugs for Universal Studios Hollywood, which just so happens to be receiving this house as well, so it’s quite fitting.

#AmericanHorrorStory coming to #hhn soon? That universal studios plug tho

With plugs like that, it really makes my job easier. Nearly a year ago I felt like it was a done deal. Why they waited so long to bring on this HUGE horror related IP, I’ll never know. Thankfully it looks like they are finally making it happen!