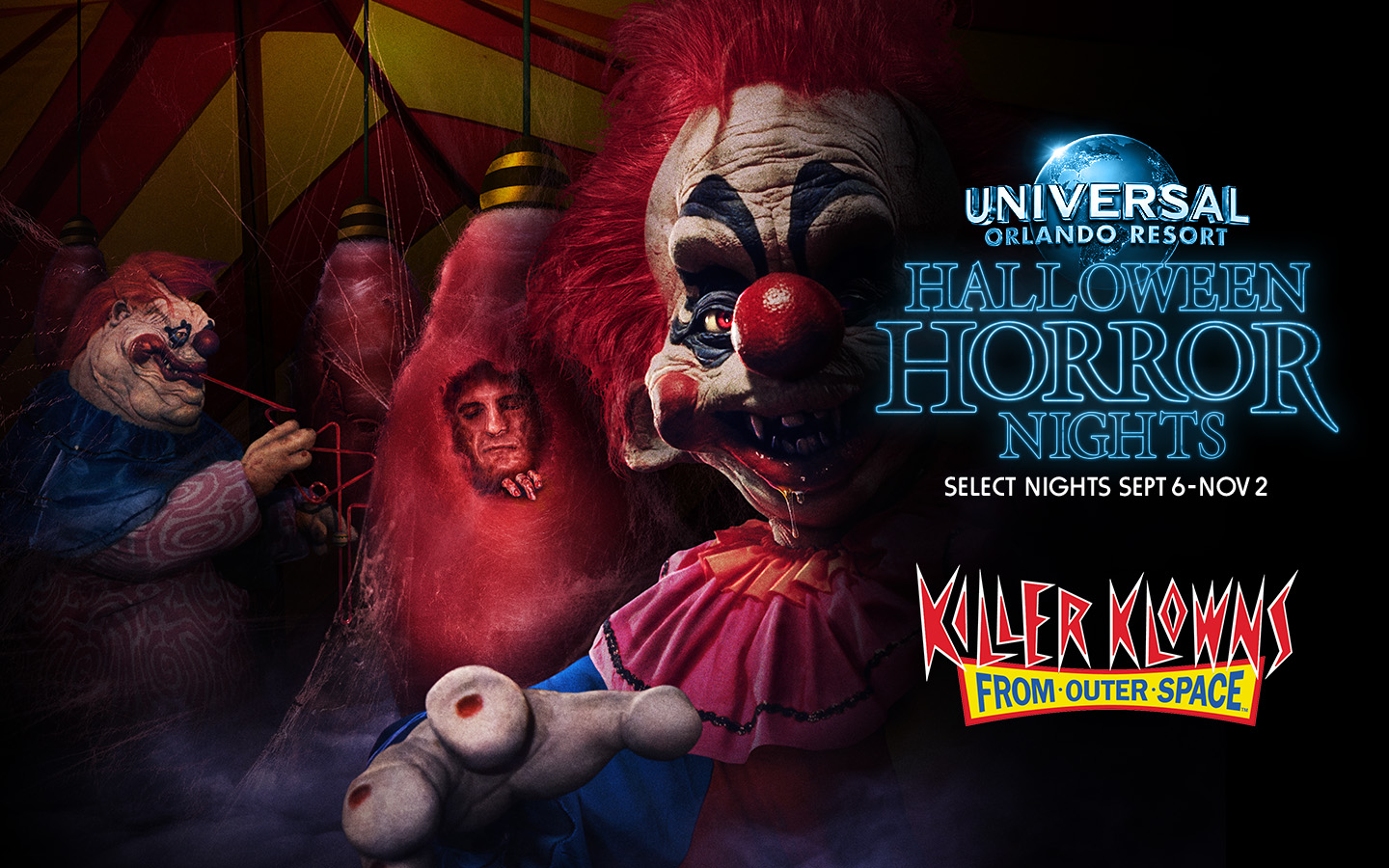 Just announced by Universal for Halloween Horror Nights 2019 Orlando and Hollywood, Killer Klowns from Outer Space. The fan favorite photo friendly scare zone from that took place at HHN Orlando last year has all grown up and is graduating from a zone to a Haunted House. Getting invited back is a major accomplishment for any property.

The house will be based on the 80s cult horror comedy classic, Killer Klowns From Outer Space, directed by Stephen Chiodo. A comet crash bringing a bunch of murderous circus clowns to a small town may sound like a joke, but these alien clowns are very real and very hungry. The clowns are out to eat as many people as they can, stopping at nothing. Their clown-like weapons and painted on smiles might give the impression that they are harmless, but that is far from the truth. Everything becomes real when they kill your friends and store them in cocoons made of cotton candy for harvesting. Armed with a ice cream truck, you’ll need to defeat the clowns and escape!

Halloween Horror Nights Orlando runs select nights September 6 through November 2, 2019. Tickets are on sale now. Be sure to check out https://orlando.halloweenhorrornights.com for more information.

Halloween Horror Nights Hollywood runs select nights September 13 through November 3. For more information be sure to check out https://hollywood.halloweenhorrornights.com

Be sure to follow @HHNRumors on twitter for more HHN information! With each announcement, we do a cool giveaway! You won’t want to miss it!