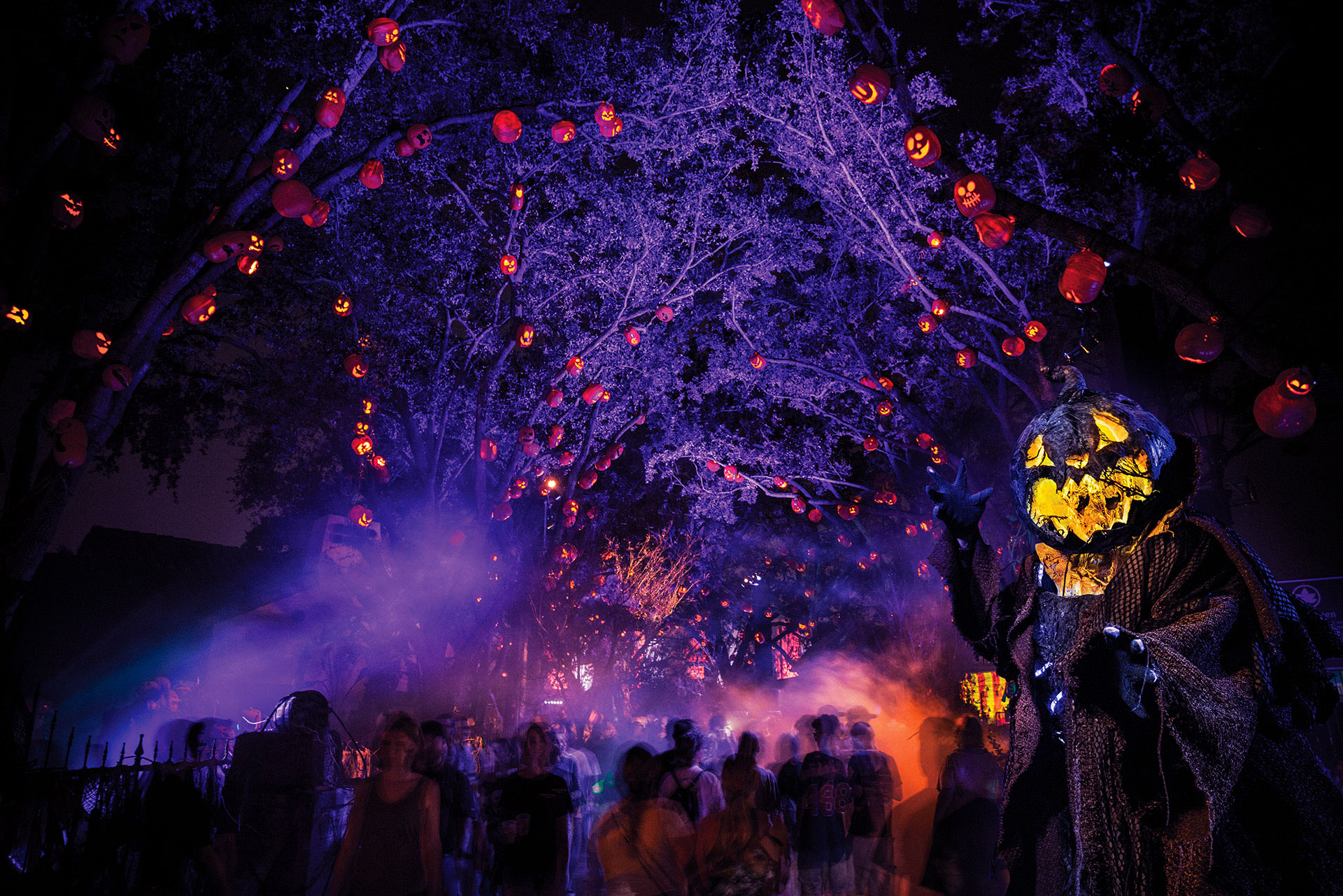 As the world’s premier Halloween event turns 31 this fall, a haunting conglomerate of unfathomable experiences inspired by traditional Halloween elements and some of guests’ worst fears come to life in this year’s collection of original haunted houses and scare zones – unleashing everything from vengeance-seeking pumpkins and witches to twisted trick-or-treaters and grotesque bugs to prey upon guests. When guests need a break from the scares, they can watch two outrageous live shows, satiate their appetite with sinfully delicious food and beverage, shop the latest merchandise in an all-new Halloween Horror Nights Tribute Store and enjoy Universal Studios’ most exciting rides and attractions.

SIX NEW ORIGINAL HAUNTED HOUSES
Six spine-chilling and unnerving stories will envelop guests in original haunted houses where they will:

These original experiences complete the lineup of 10 terrifying haunted houses coming to Halloween Horror Nights 2022, which also include “The Weeknd: After Hours Nightmare,” “Halloween,” “Universal Monsters: Legends Collide­” and “The Horrors of Blumhouse.”

FIVE SCARE ZONES
There’s nowhere to hide in the streets of Universal Studios Florida as hordes of menacing creatures from Halloween’s past infiltrate five all-new scare zones, where guests will:

TWO LIVE SHOWS
When guests need a break from the scares, they can enjoy two brand-new, outrageously entertaining shows:

THE HALLOWEEN HORROR NIGHTS TRIBUTE STORE
For the first time ever, the scares taking root in the streets of Universal Studios Florida will bleed into the theme of the Halloween Horror Nights Tribute Store with a collection of incredibly detailed environments inspired by the iconic Halloween haunts featured throughout the event. Guests will shop the latest Halloween Horror Nights merchandise and treats as they venture through a Pumpkin Patch, Cemetery and Witch’s Cottage – eventually making their way to the final room – an elaborate Halloween festival set in the same town as the store’s neighboring scare zone, “Sweet Revenge.”

LIMITED-TIME HALLOWEEN EXPERIENCES AT UNIVERSAL ORLANDO’S HOTELS
Guests can maximize the fear by staying near the screams at one of Universal Orlando’s hotels, where they can enjoy exclusive benefits like access to a dedicated entry gate for the event (with valid event admission) and complimentary transportation to the theme parks and Universal CityWalk. Hotel guests also get exclusive access to limited-time Halloween Horror Nights experiences taking place at select Universal hotels, including “Universal Monsters Gallery of Legends” at Universal’s Cabana Bay Beach Resort – featuring a collection of immersive photo opportunities inspired by the terrifying trio of Universal’s classic Monsters that guests will face at the event – The Mummy, The Wolf Man and Dracula. Guests can take advantage of scary good rates on hotels and vacation packages to enjoy Halloween Horror Nights and the limited-time Halloween experiences at Universal’s hotels – click here to book a stay.

For my thoughts and more Rumors regarding what to expect at the event, check out my video!