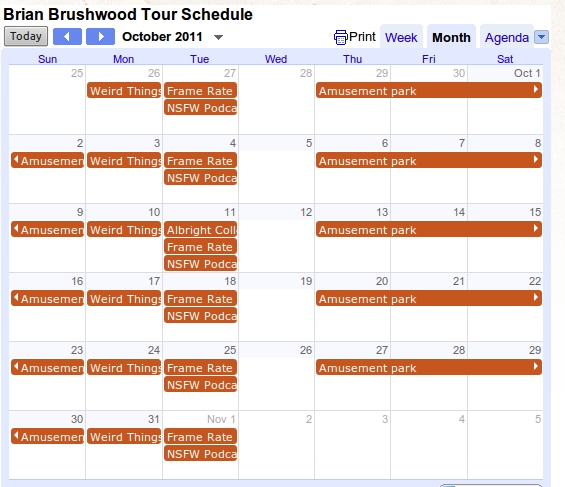 While this is 100% unofficial. It appears that the Bizarre Magic of Brian Brushwood will be returning to HHN once again. This doesn't come as a surprise due to the amount of popularity the show received last year. The crowd turn out rivaled that of Bill and Ted. While it doesn't say what amusement park is he performing at, the dates line up with the typical HHN nights (give or take a Wednesday)
If you aren't following Brian currently on Twitter, be sure to do so RIGHT NOW! His tweets are rather humorous. You can follow him @shwood and be sure to check out Scam School on Revision3. While you are at it, make sure to follow us! @HHNRumors and download our app in the Android Market.


UPDATE: Brian responded to my email. Claiming that he is NOT involved with HHN this year but that he is open to returning. SADFACE!