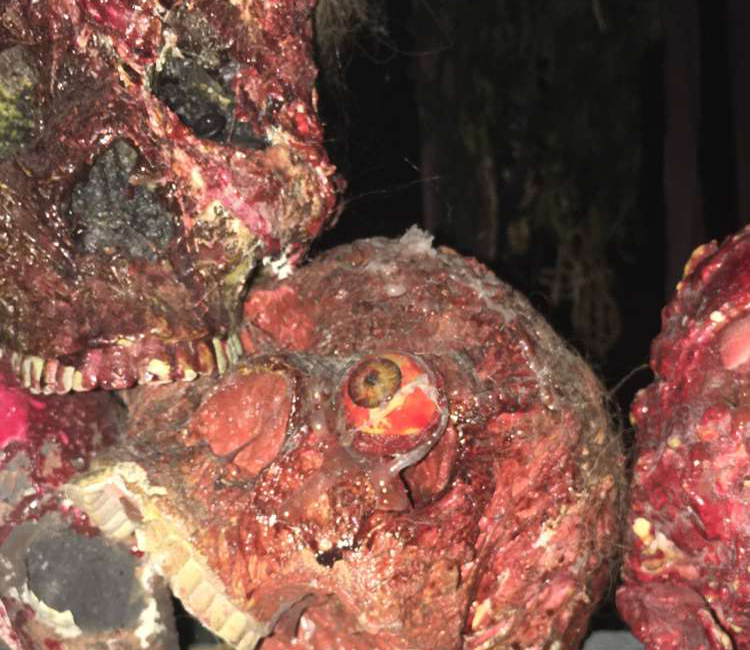 Recently, a new snapchat account, HHNOrlando, has surfaced. I know what you are thinking, finally some quick shots around the houses that will hold us over a few more months. Well, it’s kind of true. Currently, the snapchat story depicts one of UOR’s social media team members, Matt, sneaking around one of the tent mazes. Strangely, everything in all of the videos includes plants and various bushes, yes there are other items in the snaps but that was the major hint they were pushing our way. Obviously UOR can’t recommend people sneak around the mazes since they are active construction zones and would be a huge liability. Rather than give people any indication that it’s a bad idea, they do what HHN does best, they included a snap with Matt being captured by what appears to be a bush monster. We haven’t heard from Matt since… hope he’s ok? Nah, the maze has him now!

The original house includes some brains, skulls, and obviously some plant life, but what maze doesn’t? Be sure to follow the official snapchat account (HHNOrlando) for more updates!