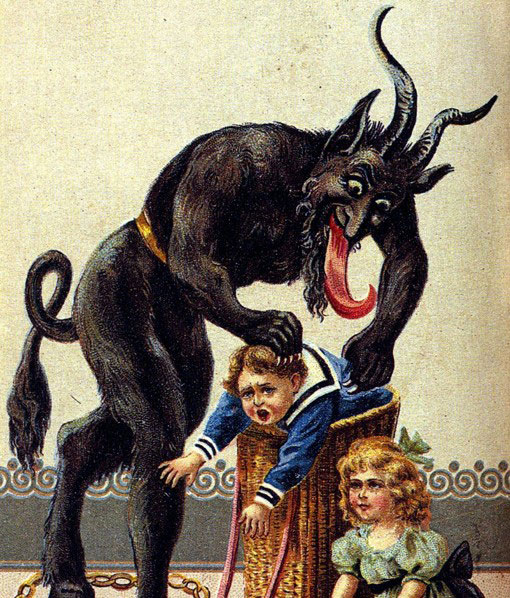 Recently, Universal Orlando and Universal Hollywood announced their latest maze, Krampus, a recent “Christmas” movie with a dark past. For those unfamiliar, Krampus is an old tale centered around the horned figure that is described as half demon, half goat that is the anti-santa. Santa brings gifts and rewards well behaved kids on Christmas and possibly leaves coal for the others, Krampus… well, he punishes the misbehaving kids.

In the Universal Pictures film, Krampus, that the maze is based on, their version of Krampus has many assistants (think elves for an evil-doer) and the most notable are the evil gingerbread men, the jack in the box (not to be confused with our previous icon) and some other lost in the attic toys from yesteryear. The film seemed to be more comedic than horror filled like I was hoping for but it’s just the right mix of everything for a HHN maze. The movie is primarily based in a snowed in house without electricity and kids just seem to go missing. The henchmen do most of the dirty work until you come face to face with Krampus.

When I found this movie’s trailer well before it was released last year, it was extremely obvious that this was the perfect HHN maze. Thankfully, they saw it too!