A new original maze has just been announced by Universal Orlando for Halloween Horror Nights 29 (2019): Depths of Fear. In this maze you join a deep-sea mining company in the middle of the ocean. Unfortunately, there is an infestation of parasitic Mouthbrooders in the water. The Mouthbrooders make their way inside the mine with a goal of laying their acidic eggs upon the human hosts. The newly infected workers are driven to a violent madness. Without the workers of the mine, the pressure starts building and the installation is going to implode. Everywhere you look there are creatures. Your death is imminent.

I have a feeling we are going to get soaked in this house. Although it’s not official, our sources have this house pegged for Tent 2. It seems like a crossover of the 1997 movie Event Horizon, Alien, and maybe a touch of the 2008 house Creatures.  I’m super excited about this house and I’m wanting to say it’ll be voted by the fans as house of the year. Obviously it’s a bit too early to call that, but I just wanted to throw it out there.

Halloween Horror Nights 29 runs select nights September 6 through November 2. Depths of Fear will join Stanger Things, Nightingales: Blood Pit, Universal Monsters, and 6 other soon to be announced mazes. Tickets are on sale now. For more information, be sure to check out https://orlando.halloweenhorrornights.com as well as the official Universal Orlando blog http://blog.universalorlando.com/ 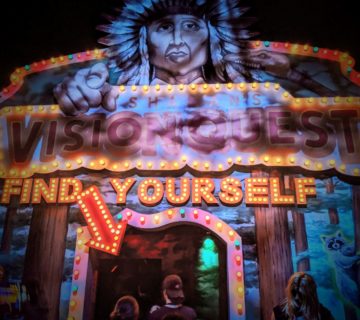 NEW ORIGINAL MAZE FOR HHN29 – YETI: TERROR OF THE YUKON

Scary Tales returns to HHN in Scary Tales: Deadly Ever After 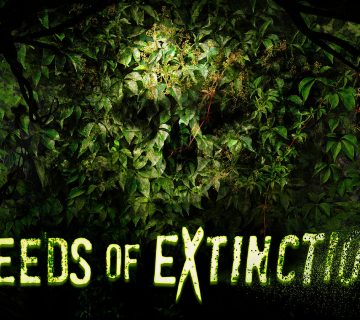