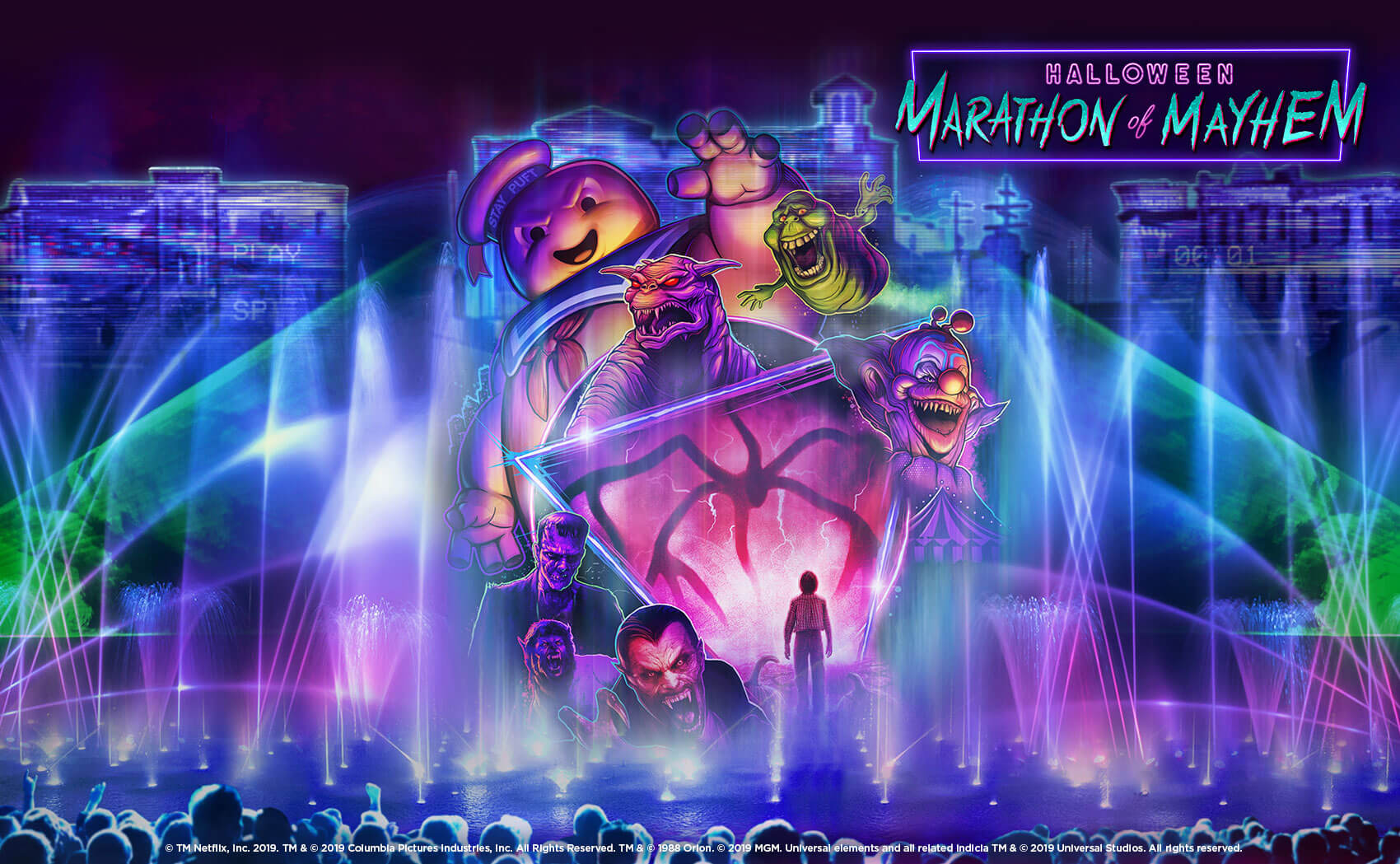 Just announced by Universal Orlando for Halloween Horror Nights 29, a brand new show coming to the lagoon, Halloween Marathon of Mayhem. The show will feature bits and pieces of the already announced IPs that are to be featured at HHN29 as houses/scare zones. The artwork for this show is the real highlight so far. It’s gorgeous! Show times each event night are 10PM, 11PM and 12AM. Also announced, the return of Terror Trivia, the fun mobile game that lets you test your knowledge against all of the other guests while waiting in line for the haunted houses.

On to the press release:
“ORLANDO, Fla. (August 15, 2019) – The screams featured at this year’s Halloween Horror Nights will come to life in a whole new way with the debut of the nighttime lagoon show, “Halloween Marathon of Mayhem.” Guests will watch as terrifying moments inspired by some of the Halloween classics taking over the event come to life right before their eyes in the Universal Studios Florida lagoon.

Halloween Horror Nights 2019 kicks off September 6 and runs select nights through November 2, bringing the most terrifying names in horror to life in 10 all-new elaborately themed haunted houses, five scare zones, live entertainment and more. And when they need a break from the screams, guests can enjoy Universal Studios’ most exhilarating attractions and the “Halloween Horror Nights Mobile Game featuring TERROR TRIVIA,” where they can test their Halloween Horror Nights knowledge, compete to get their name on the event leaderboards of 11 horror-packed levels and more. ”