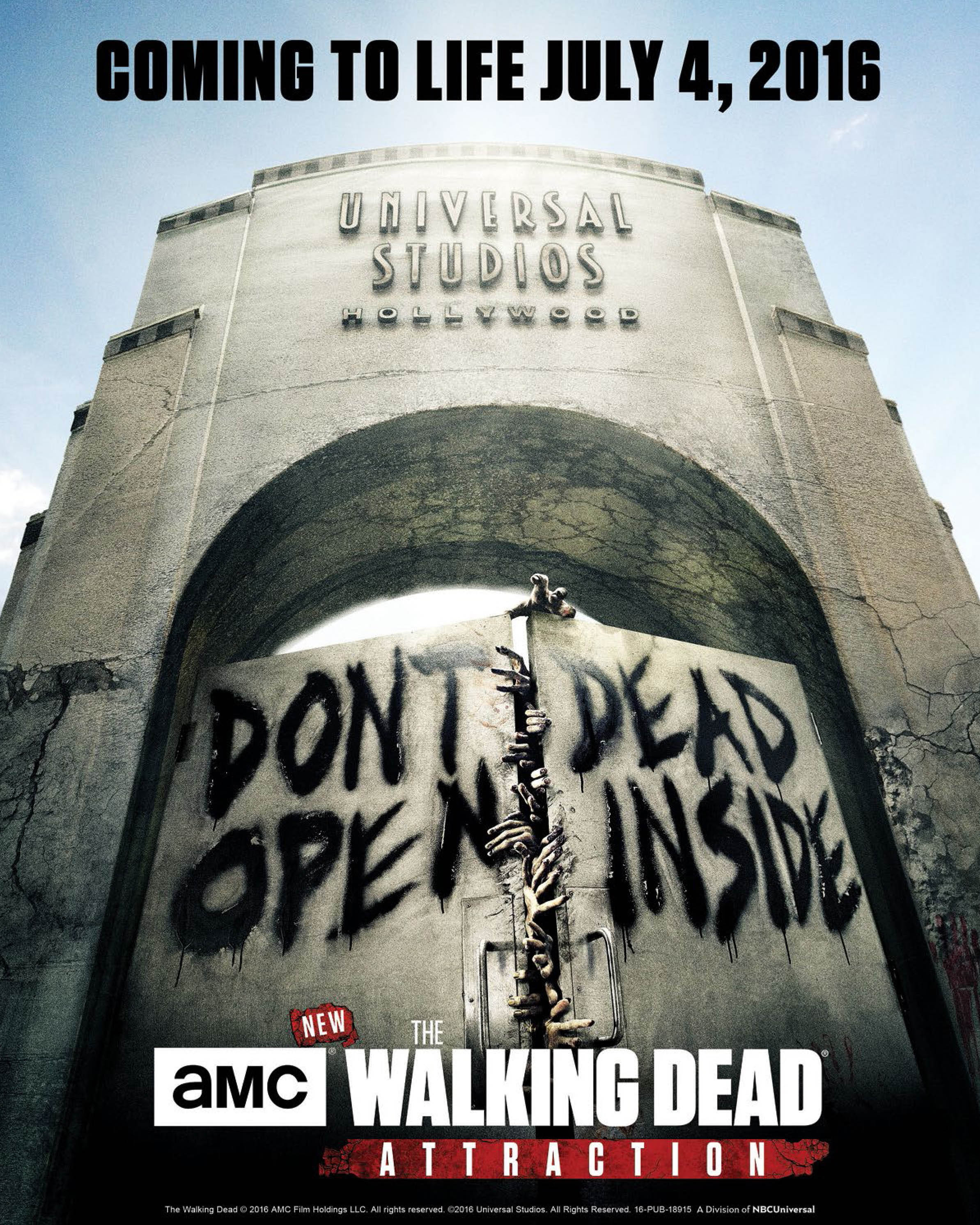 Finally we have some more information for the new “The Walking Dead” year round attraction at Universal Studios Hollywood. From the sounds of it, they are working VERY closely with horror legend, Greg Nicotero, on making this as authentic of an experience as possible. After all, you’d think after working on the same zombie themed tv show for the last 6 years he’d be the right guy. They are using the exact make-up and molds directly from the hit AMC show. The biggest news announced today was the open date for this new attraction. Fans will be able to experience the attraction this summer starting on July 4th, 2016. Universal was also kind enough to release a behind the scenes video!

The only thing scarier than real zombies is in fact animatronic zombies.