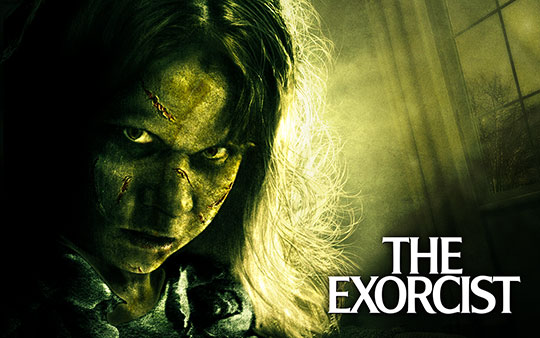 Today, the official twitter account for HHN Orlando (@HorrorNightsORL) announced the new maze based around the head spinning IP that is The Exorcist. It’s been a maze a long time in the making and thankfully fans in Orlando and Hollywood will get to experience it. Also announced, much like Texas Chainsaw Massacre, The Exorcist will be based around the original film by William Peter Blatty & William Friedkin. True horror fans will greatly appreciate Art & Design sticking to the true IP (or as Mike puts it, “source material”) and not playing a marketing gimmick. We should see some of the famous scenes recreated throughout the maze including the spider walk, levitation and the infamous head spin. Without these things, it’s just not The Exorcist… You hear me Mike?

For those playing the home game, I’m 1 for 2 now on the HHN 26 Rumored House List. Unfortunately, I can’t always be right! Looking like a very 70’s HHN so far.