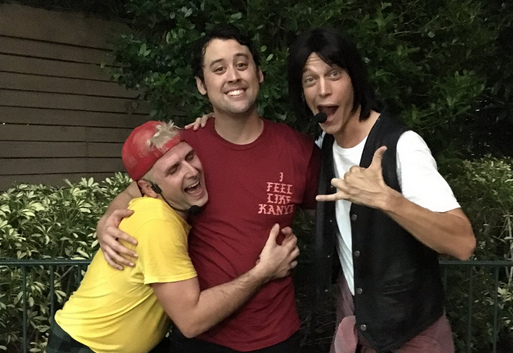 We were curious, so we asked! With the recent break up of Brangelina and Bill and Ted’s ability to be dynamic and update the script on the fly, we wanted to know if the fans (on twitter) would welcome a quick jab or rather not see it at all. It turns out, fans would love to see the most excellent duo stir the pot. We even sought out an expert on the matter, Jason Perry aka Ted from 2008-2015. He seemed to agree that they’d add it in, but was a bit upset there wasn’t a Harambe reference in this year’s show. I have to agree, this story/meme was too big not to add, however it did more recently take on a negative tone that might take away from all that was Harambe. Gotta play it safe! Thanks to Jason and all of my twitter followers who voted! Be creative out there Bill & Ted’s, we are waiting.

@HHNRumors They'll add it in! Although I'm still upset there's no reference to #harambe.