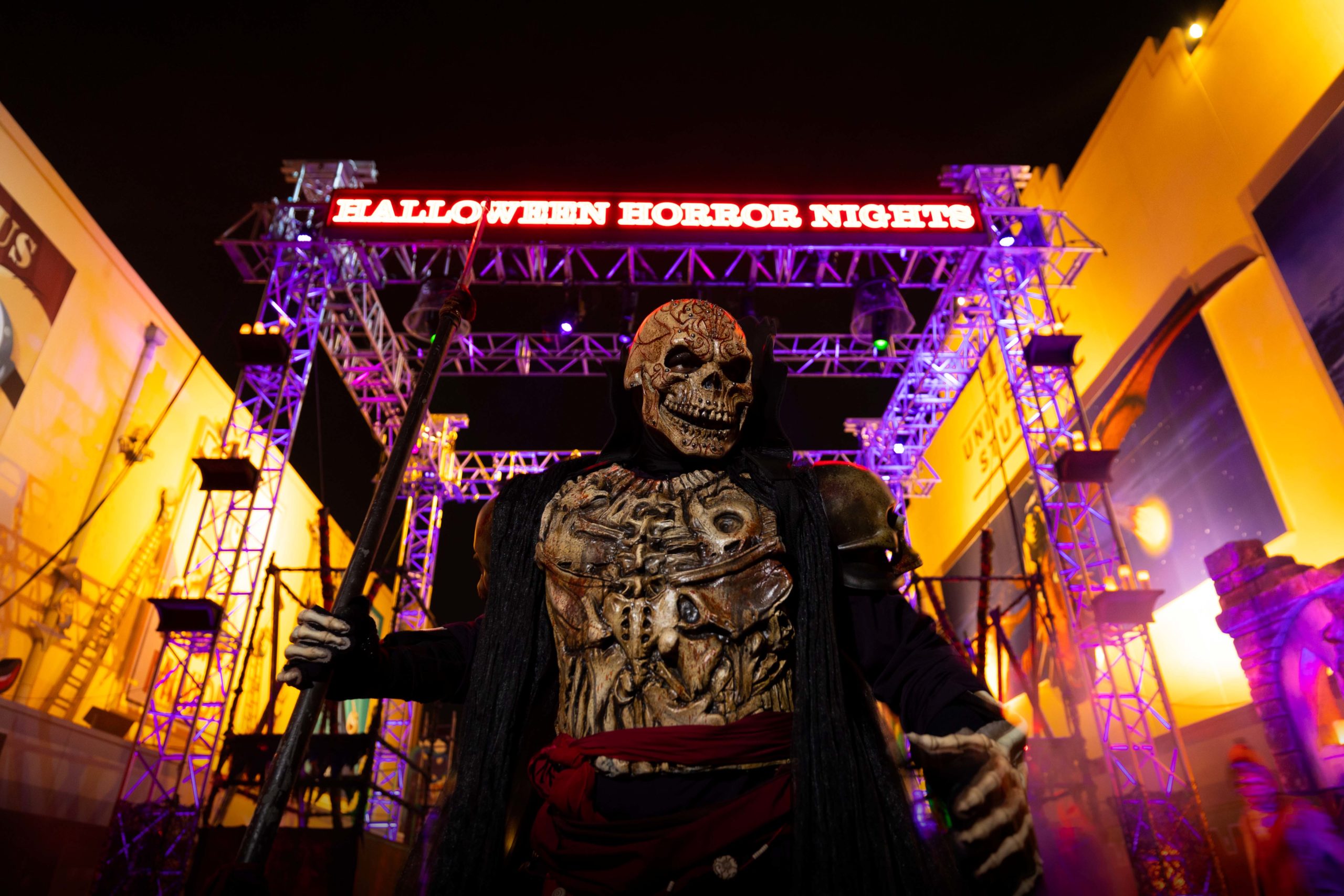 The long wait is over! Halloween Horror Nights is back and celebrating its 30th anniversary with a slew of original houses and callbacks to some of the greatest hits of HHN’s past, as well as a few new gems that will surely end up in the HHN Hall of Fame. If you’re a fan of the history and lore of HHN, you don’t want to miss this year!

Thanks to an invite from Universal Orlando and the Halloween Horror Nights team, I was able to experience and film all 10 haunted houses and 5 scarezones on Opening Night, as well as catch an early glimpse into the Jack’D Up Experience at Cabana Bay and sample a few of the new food items available at this year’s event. For those unafraid of spoilers, my opening night adventure (including highlights from all 10 houses) is documented in the video below! For everyone else, I thought I’d provide my first impressions of the event – spoiler free!

My favorite years of HHN always include stellar Original house content, and this year has the potential to be one of the greats. From first impressions, it’s an incredibly solid year for houses. Each one brings something different to the table and will appeal to different audiences, depending on personal preference for scares. While it’s impossible to rank the houses after just two nights, here’s my early favorites:

Wicked Growth: Realm of the Pumpkin

From the spooky but gorgeous Jack-o-Lantern tunnel entrance to seeing the Pumpkin Lord in all his glory – this house just SCREAMS Halloween.  One of my favorite effects of the year is within this house – something new that I haven’t witnessed in all my years of attending HHN in the past! I love that even after 30 years, Halloween Horror Nights continues to surprise me!

Any fan of HHN will absolutely love this trip into Fear’s Lantern to visit all the greatest Icons of the past, including Jack, Chance, Lady Luck, the Director, the Usher, the Storyteller, Bloody Mary, and yes – even Fear himself! The highlight is undoubtably the finale throne room, where a different Icon reigns supreme in each walkthrough. So far, I’ve seen the Caretaker, Jack, and the Director take the throne. Personally, I’m waiting to see Chance have her moment in the spotlight!

Yet another love letter to the fans of HHN – Case Files takes us deeper into the lore of Boris Shuster, the Private Detective that ultimately uncovered the mystery of Bloody Mary during 2008’s HHN: Reflections of Fear. The Easter Eggs in this house are immense – from going inside Boris’ infamous office to the Kitty Kat Club (both of which can be seen on the streets of New York in Universal Studios) to hunting for the totems of the Legions of Horror from 2012. It will take many more walkthroughs to catch all the hidden gems! 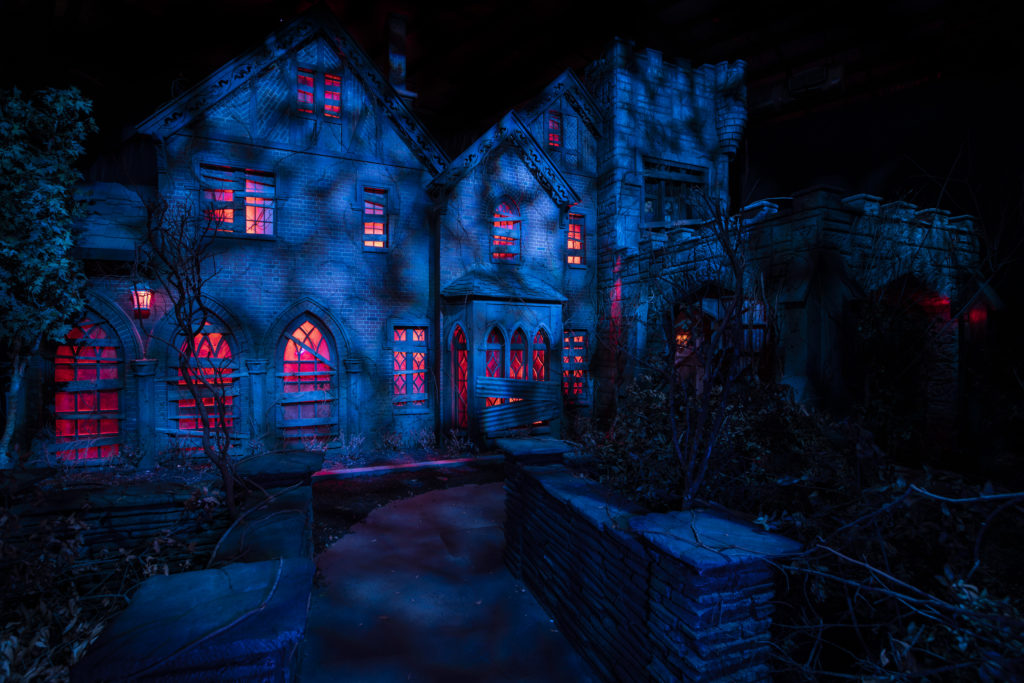 The Haunting of Hill House

Just look at that facade! Haunting of Hill House has to be one of the best IP houses Universal Orlando has created in recent years. While we see plenty of characters from the show and it stays true to its eerie nature, the house still delivers on scares. Remember that creepy dark hallway from Graveyard Games in 2019? Oh, it’s back with a vengeance! I do recommend a quick Netflix binge prior to attending to get the most out of the storyline of the house, but the scares are there regardless. 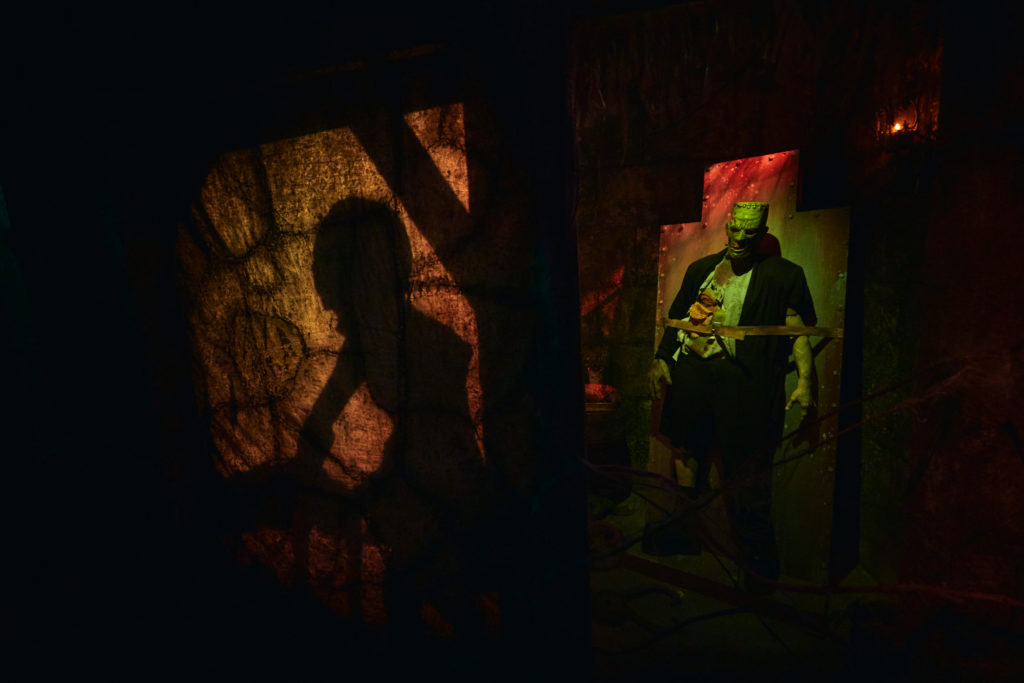 While technically considered an IP, this house is an original take on the continuation of the story between the Bride and Frankenstein’s Monster. While many experienced this house during HHN Lite last fall, it was brand new to me. The finale scene is one of my favorites from all of HHN30, and I love this original take on the story – explained through narration from the Bride throughout the house. 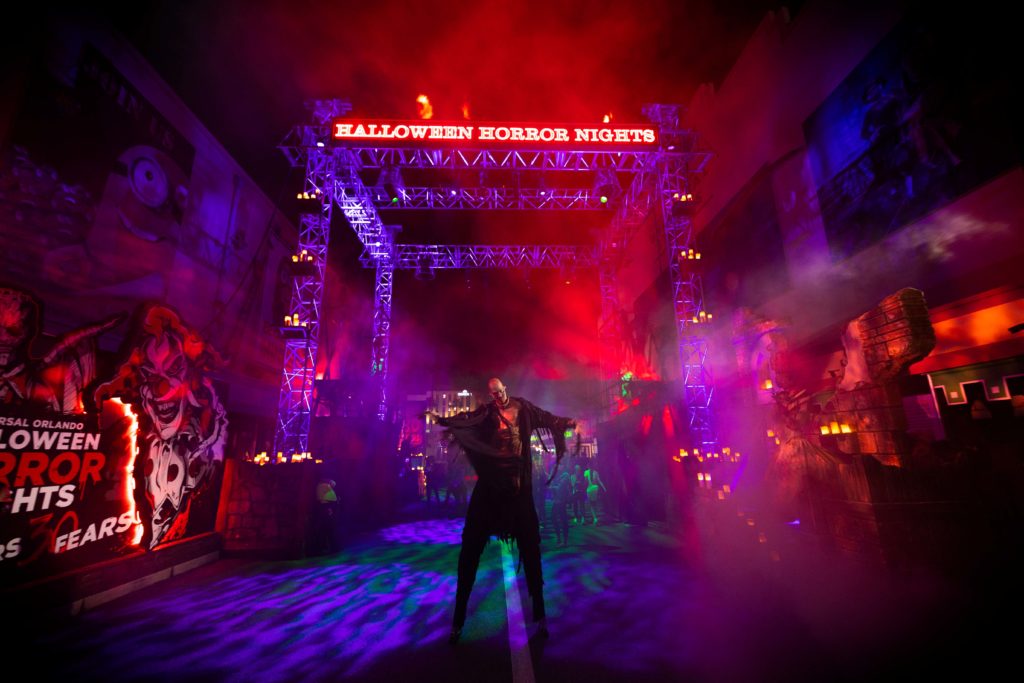 HHN30 brings a mixture of old and new scarezones to the mix for this anniversary year. In the new category, we see Seek & Destroy in New York, and CryptTV in San Francisco. But an anniversary year isn’t complete without callbacks to zones of the past, and so far, I have two favorites: 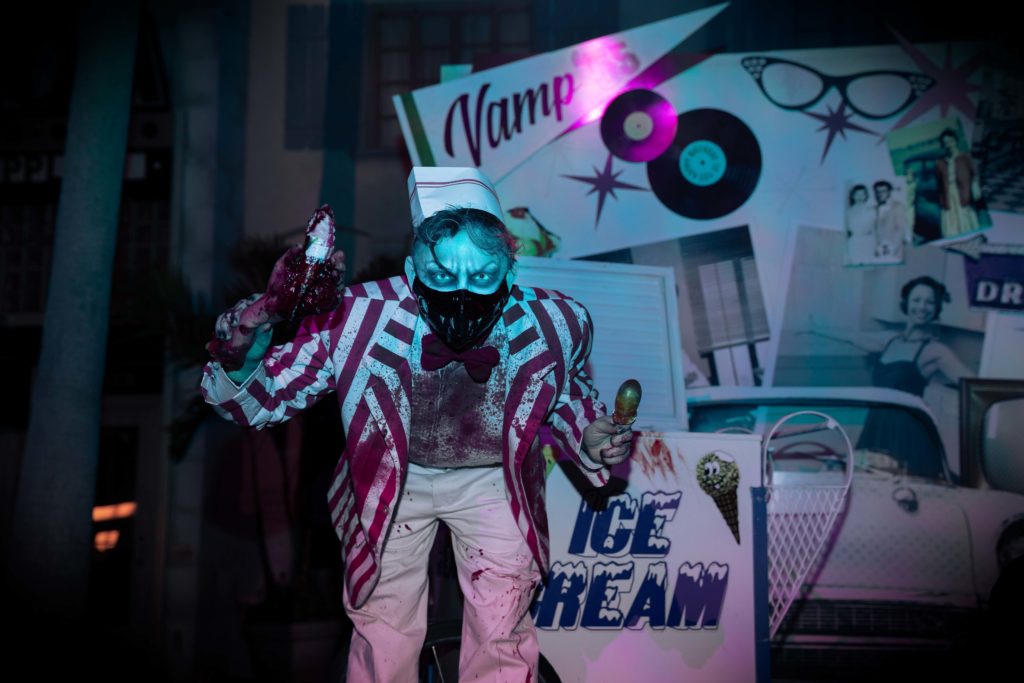 Eddie finally gets the chance to step out of his brother’s shadow and shine with his very own scarezone! This zone is filled with scarezone characters of the past, including my beloved Vamp 55 and Invasion zones, as well the surprise inclusion of Treaks and Foons from 2002’s Islands of Fear. This will definitely be the zone to camp and people watch this season, with plenty of chainsaws to ensure mayhem ensues. 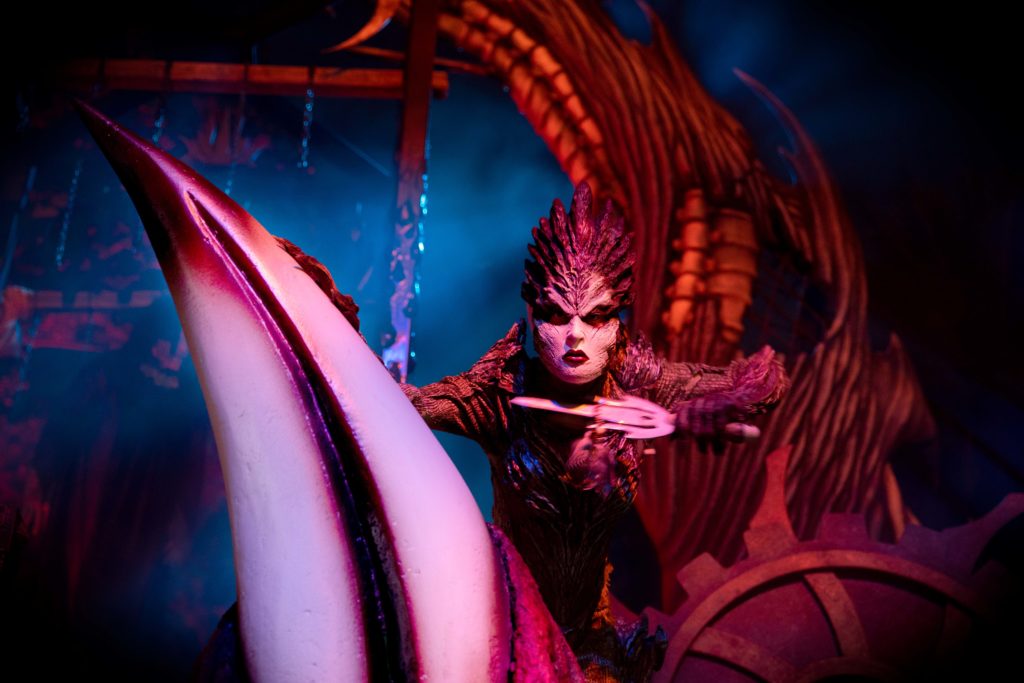 The Terra Queen is back – albeit a year later than planned! For die-hard fans, we know all about the Terra Queen and her lore associated with HHN 2005. As foretold, the Terra Queen returns 15(ish) years later to reign over Terra Cruentas and continue her blood sacrifices. This time, it looks like her victim was poor Eelmouth – leaving the Terra Queen silent, but ominous. We also see a return of the Knucklegrunts and other Gorewood forest creatures – a highlight in costuming within the HHN30 scarezones. 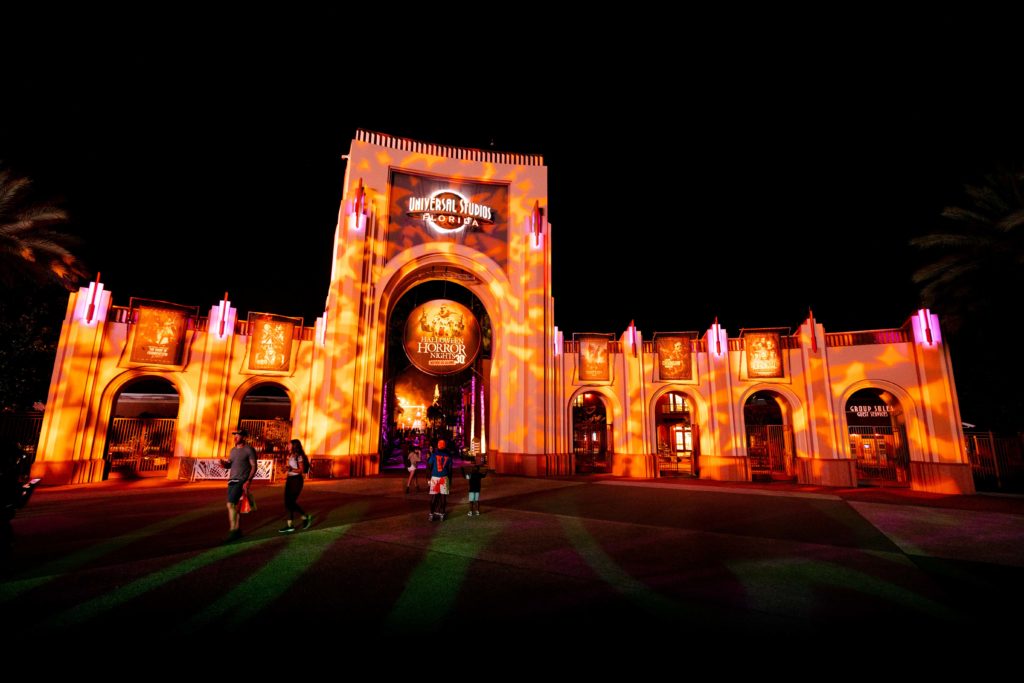 Comparison is the thief of joy, but if anything is lacking about HHN30 compared to previous anniversary years – it would be overall park atmosphere. Some of this may be attributed to changes in operations due to the pandemic, including less scareactors on the ground in areas known for congestion and an absence of the chainsaw gang in the Simpson’s area. I felt a lack of cohesion in music/atmosphere while strolling through the park as a whole, but that may change with time.

Otherwise, I feel HHN30 is a solid year with tons of fan service that has the potential to turn into one of the greats over the course of the run. I look forward to many more nights of Halloween Horror Nights 2021 over the next two months and cannot wait to see what the rest of the season holds, as scareactors settle into their roles and the screams continue to build.

See you in the fog!