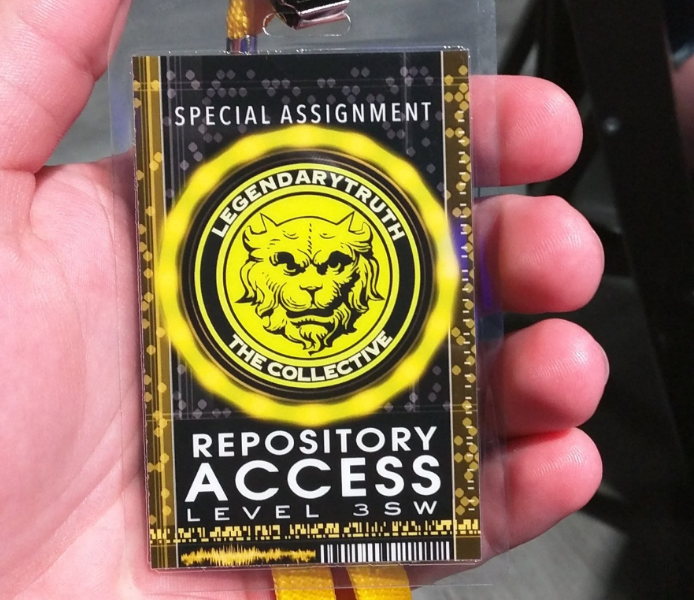 DISCLAIMER: I’m doing my best not to spoil this, any spoilers are unintended. It’s more of a what to expect without going into detail. Yes, I am aware if you are reading my website you are likely looking for the leaks and spoilers, but not this time! Sorry!

TLDR; The Repository is great if that’s what you are into. Is it worth $50? Well, you could do a 30 minute VR experience or spend a full evening at Howl-O-Scream (shout to David). Like I said, depends on if this is your thing or if $50 isn’t a big deal to you. For me, this is my thing. On to the unbiased review… well, that’s a lie.

When you first enter, you are seated in a lobby area with a bunch of tables. You are asked to sign a release form which explains that you will be touched (excellent!) and if you break anything, you will be buying it. There is also mention of video taping for liability. It’s a very intimidating release form so at this point you are second guessing yourself and wondering what you signed up for. If that wasn’t enough, the lobby area has a themed safety video. 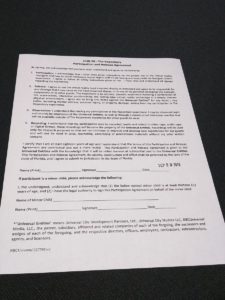 While waiting in the lobby, you can enjoy a soda (cheaper than water) or have an adult beverage. You are free to wander the lobby to check out some of the artifacts/pictures of clues for The Repository. They were a bit more than I wanted to read at the time since I was so excited about what was coming so I just glanced over them. Thankfully, I did take pictures of everything! 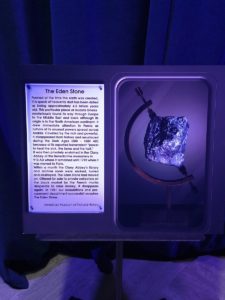 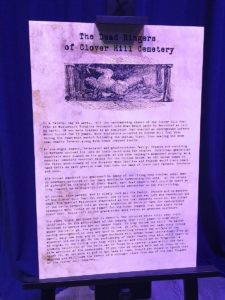 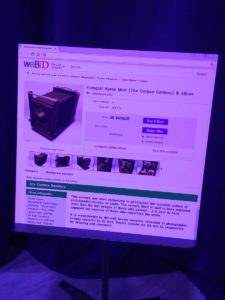 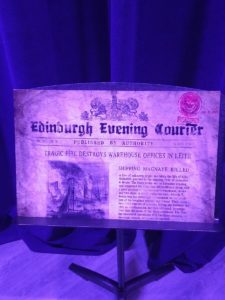 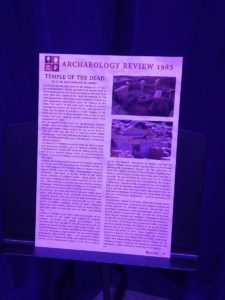 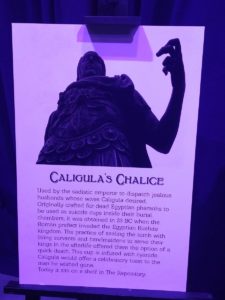 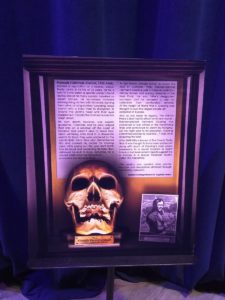 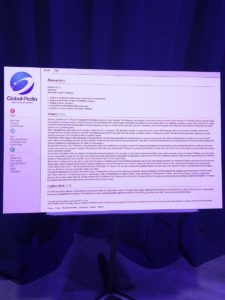 I’m going to take a step back here and mention that when you book The Repository, you are given a time slot. I was 8:15pm and my buddy was 8:30pm. We ended up being in the same group due to the way you enter in the first room, after the lobby. Each time slot is 4 people, the first room you move to is (at least for me) 3 groups of 4. On your way to this room, each person is given 1 of 3 colored lanyards. At this point my buddy was able to join in my group. I will stress, you are to rely on your group to complete The Repository, so choose your friends wisely. I wasn’t fortunate enough to have 3 friends with me that night, so we ultimately failed. I’ll get to that later.

The Repository is broken into three distinct parts. The first part is all actor driven. I have to give it to these actors, they really sell their roles. They are also extremely quick and witty when it comes to improv. One of the actresses called me Princess, without hesitation I said “wrong park lady” and she was in my face like a drill sergeant letting into me like it was day 1 of boot camp. The actors don’t mess around. I rather enjoyed this and kept trying to break her, but she wouldn’t even crack a smile. I’m not sure if I played directly into her hand, but she didn’t skip a beat. Well played.

The second scene is the real deal. Trust your technolust because this is the moment you’ve been waiting/paid for: the big bad VR experience. Those who know me are more than aware of my level of tech skillz and desire for the latest and greatest. Heck, maybe you’ve seen me in the past sporting Google Glass (RIP) or some other crazy gadget. This was the bread and butter, the awkward dream I’ve been having for years where two of my favorite things would meet in the middle, HHN & the bleeding edge of technology. The VR gear we get to play with was new even to me. It’s a wireless VRcade unit by VRStudios, something that lives only in the bluest of skies. Yes, you read that correctly, I said WIRELESS VR. If you’ve ever played around with an Oculus or even the HTC Vive, you’ll know that there is ALWAYS a beefy computer on the other end supplying these renders. With exceptions to the more limited VR devices like Samsung’s offerings or even Google Cardboard. Those are great, but don’t provide even close to this sort of experience. Well, obviously these beefy machines are sitting somewhere, but they were out of sight. I really enjoyed this scene as a nerd/hhn fanatic so there really wasn’t any way they could screw this up. I do wish there was more to it than what was experienced since it was more like a mildly interactive movie than a VR experience. Thankfully, part three followed.

In the final interactive scene, you are sent to the Temple of the Dead. Don’t ask questions, that’s just where you are sent. It’s much smaller than the pictures lead on. Thankfully, the temple is a basic escape room and you are given two minutes to complete a puzzle. This is where you will wish you had your friends in the room with you instead of a couple rand-os. This is the pass/fail moment that is The Repository. You either complete the puzzle and are given the “high five moment” or you just suck at it and get to fork out $50 to try again. Don’t mess up too many times or it’ll get difficult to see in there.

Andddd my team lost so we just sulked into the viewing tent. Oh, yeah… people watched us lose. “Oh you were so close” “we were rooting for you” blah blah blah… we get it. We were terrible. Anyways, it’s a great time and I can’t wait to go again. High fives are addicting, at least that’s what I’m told. Hopefully you’ll do better than my team.