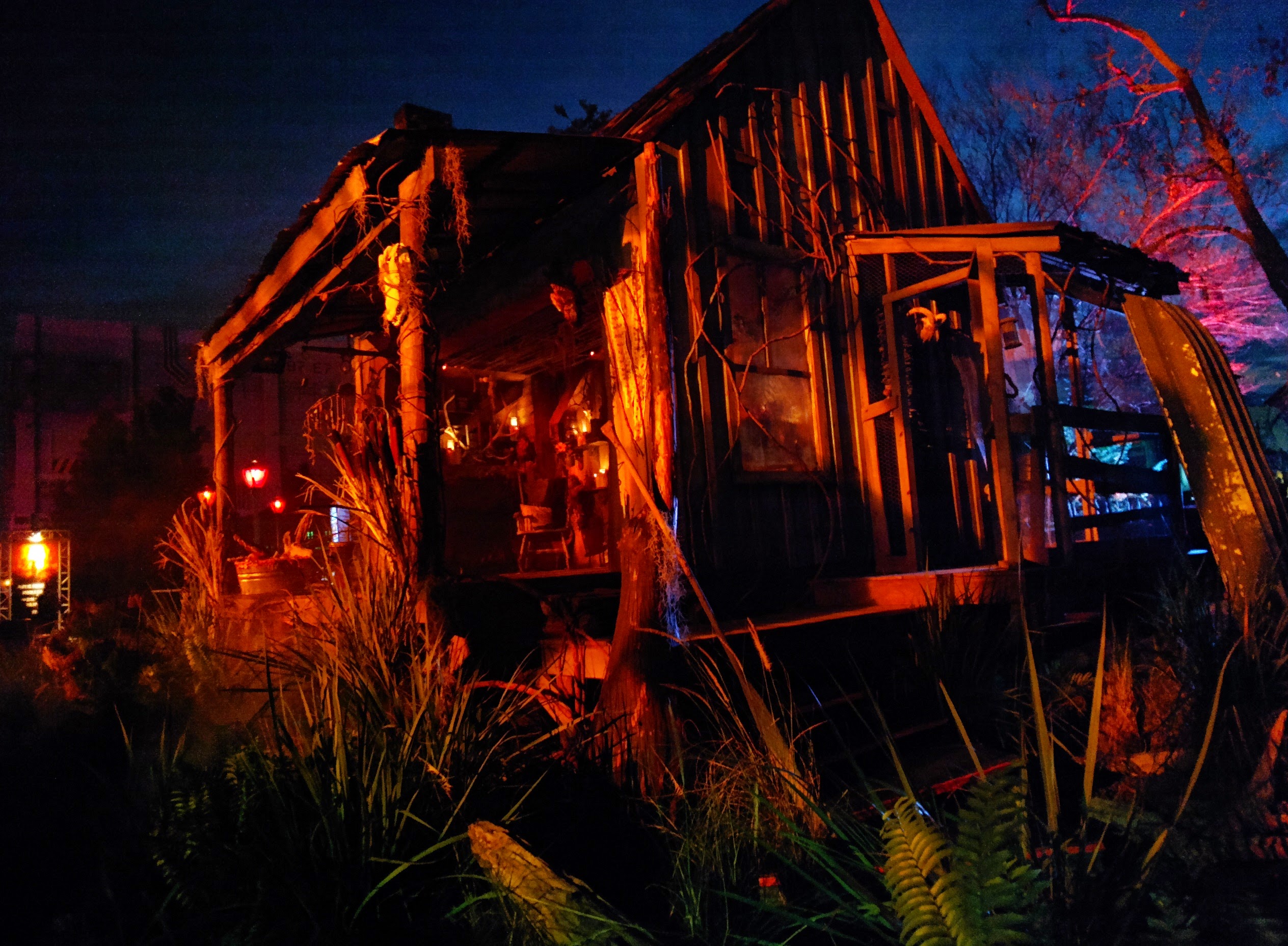 With all of that crap out of the way, let’s dive in to my HHN 24 Review! 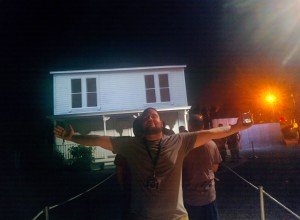 Meowlloween, I mean Halloween. It’s safe to say we have a new king of tent mazes. I know tent houses are given a bad rap but this one was a perfect fit. The facade is the famous childhood home of none other than Michael Myers. Although, you don’t enter through the facade (no handle on the door) like in previous years and pretty much every other house, it does look nice and really sets the mood. You are greeted with a young Michael as you see his first victim laid out on the staircase. The maze then follows the story house to house, kill to kill, until you reach the end of the movie/maze and see Michael get shot numerous times. You exit the house with one last scare, this time you are the victim. Be on the look out for the meow meow picture right after the couch kill. Required House. Expect lines to be longest for this house.

Read on for more!

AVP: Alien vs Predator. In the 1979 sci-fi horror film, Alien, it only required a single alien for the movie to be a success. Let me tell you, there is way more than one Alien in this house. I’m sure by now you are all familiar with the story and even if you aren’t, this house has awesome effects. The first few times going through, the puppeteers were still learning how to control their puppets to the point where an alien “bit” me (sucker punched with it’s giant head is close enough) and now when I go through you can tell they’ve perfected the art. The predators, well… spot on. They are HUGE! They even have a cloaking scene which unfortunately due to science had to be done with a projector, but it still looked great! Required House. The lines for this house will be right up there with Halloween. Well worth the wait.

Roanoke – Cannibal Colony. I don’t think we’ve had a maze this dark in a long time. Lots of gore and mutilation. The smells are disgusting, it’s clearly cannibalism with some hungry natives. Scares are pretty constant through this house but you are likely to be distracted by the disturbing imagery that surrounds you. If the line is good, have at it. Although it’s a great house, this isn’t the one you write home about so it’s not on my required list. 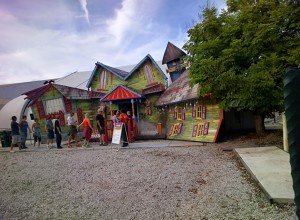 Dollhouse of the Damned. Everyone compares this to Sid from Toy Story. It’s a good analogy if you spot Sid a good 24 years of screwed up doll torturing. I did enjoy seeing dolls cut in half with red yarn as blood, humorous and effective. After going through Roanoke a few times this maze is a great relief house. You’ll get your scares, some startles and even a good laugh. Giant baby dolls to Teddy Ruxpin’s head mounted on the wall. Enter this twisted dollhouse if you can catch it with a decent wait.

The Walking Dead: End of the Line. This house is HUGE. When I heard they were doing TWD yet another year, I was confused. Off the top of my head I can’t think of any property getting a three year treatment. In any case, you start off leaving the prison and are faced with walkers at every turn. You follow the season 4 story on your way to TERMINUS. I want to say the house has 20 scenes in it. The average house is a good 10-12 scenes so you get an idea on how massive it is. I’m not going to mark this house as required only because it’s not worth the ridiculous line but if you factor in that it’s nearly the size of 2 houses that 2 hour wait doesn’t seem so bad. The title reflects my feelings toward this house. 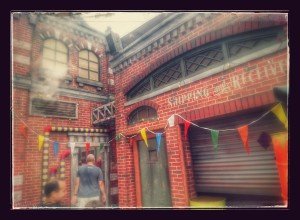 Giggles and Gore. What was at one time expected to be the return of everyone’s favorite clown, Jack, turned out to be a clown factory. Simply put, clowns aren’t born, they’re made. You enter the maze and see some patients being forced to watch cartoons which can best be described as the intro to Robot Chicken. As you progress through the maze you see the patients innards being replaced and the end results being they are now clowns. What can you expect? It’s the only remaining outdoor maze. Go through this maze because of that alone.

From Dusk Till Dawn. The house is based off 4-5 episodes of a one season TV series virtually no one saw. Don’t let that turn you off from this maze. This maze has some awesome sets and the majority of the cast is scantily clad women, whom if you get close to will bite. I don’t know what else you could want. Oh and there is rarely a wait for this house due to it queueing through the Blue Man entrance. This house is very intense all the way up to the final scene. Go through this house because this is a top notch house with little to no wait, not because of it’s storyline. If you are waiting longer than 30 minutes for this house, try again later.

Dracula Untold – Reign of Blood: yeah, it’s pretty much untold. The movie hits theaters Friday. Currently it’s just another Dracula house with the normal scares. I’m going to wait until I can see the movie before I really review it. On the bright side, it does typically have a short line, the set is very detailed and cast members are out to prove themselves. I’m going to give this house the “most improved” award and suggest you get in line if the wait is low. 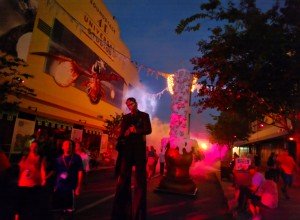 MASKerade: Unstitched. A strange looking chandelier, gigantic candles and dancing stiltwalkers… it’s not really a scarezone. Here you’ll have trouble walking through the crowds because it’s a makeshift ballroom dance floor with scareactors occupying the majority of the walkway. They’ll growl at you but that’s about it. 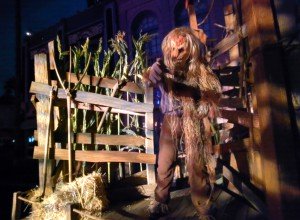 Face Off – In the Flesh. This is a photo op and justifiably so. The creature creations in this zone are amazing! There aren’t really any scares here but it really makes you wonder what kind of house these make up artists could concoct. The quality of these masks/costumes is far superior in detail than even the icons of years past. 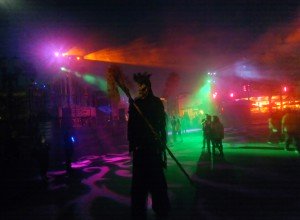 Bayou of Blood. This is a large zone with what appears to be natives of central park. Complete with a house/cabin/hut thing that won’t be used. What looked like a promising return to scare zones has turned into shaker cans and slow moving traffic. 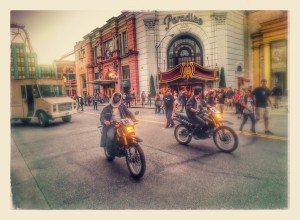 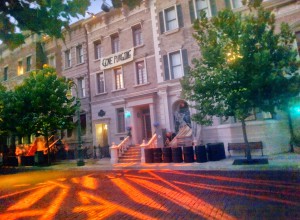 The Purge: Anarchy. This zone is already better than the movies. Such a great concept I’m almost surprised this wasn’t a HHN theme before it became a movie. The zone is filled with armed/masked scareactors ready to cleanse their soul. It’s also quite fitting that it’s right in front of Mummy where you can forfeit your soul… I am a fan of victim scareactors, they do a great job and I’m certain they are exhausted by nights end.

Bill & Ted’s Excellent Halloween Adventure. This is ranking up there as one of the greats. To me it appears that the Bill & Ted show has returned to it’s roots by pushing parody law as far as possible without getting in any legal trouble. Thank you to whomever green lighted this. You want Disney bashing, this is your show. I don’t want to spoil it but this is by far a requirement for anyone going to this year’s event.

RHPS: A Tribute. Been there done that. I do enjoy this show from time to time but I haven’t revisited it this year. Which brings me to my next point.

This is a new factor for this year. I don’t think I’ve seen crowds this dense on off peak nights…ever. The express lines are roughly 20-30 minute waits and regular lines averaging about 70-80 minutes each. Simple math will tell you that without an express pass your odds of getting everything done in just one night are slim. Only those dedicated and patient enough will even have a chance. Stay and scream is most definitely necessary. A quick fix would be to open up Potter land and that would add yet another 2 hour queue. Something tells me they would just sell more tickets and it wouldn’t relieve anything. Could it be that the event has totally outgrown the park?

There ya have it! My review on HHN24. Plenty of scares this year and even some returning favorites. I’ll be out there with my Google Glass on Thursdays and Sundays for the remainder of the event so I should be easy to spot. Be sure to follow us on Twitter @HHNRumors for current updates on my whereabouts and shenanigans.