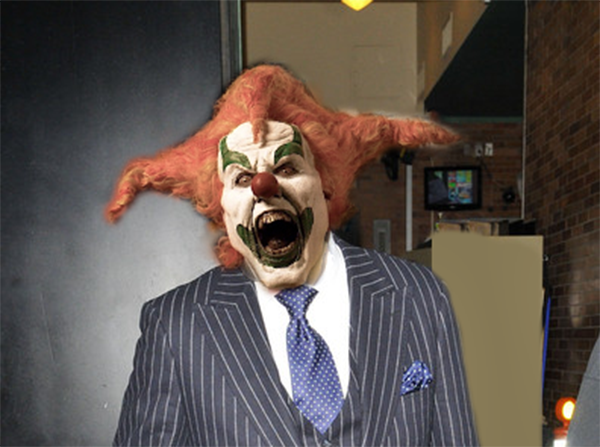 At this point, you shouldn’t be surprised that I’m now posting the shows. Even though I wish I could confirm this were true, it’s all just rumors.

I’m also told we should be seeing a new side of Jack. He will not be dressed in his usual clown suit or his ringmaster garb. It will be an entirely new look. I can only imagine it’ll be some sort of dark pinstriped suit. Granted, I have no proof to go on, it just sounded cool. I can’t really envision many more realistic outfits though. The other thought that came to mind was a used car salesman vibe. Neither really make sense because everyone knows evil clowns don’t work.

Mock-up is simply just that… a mock up.