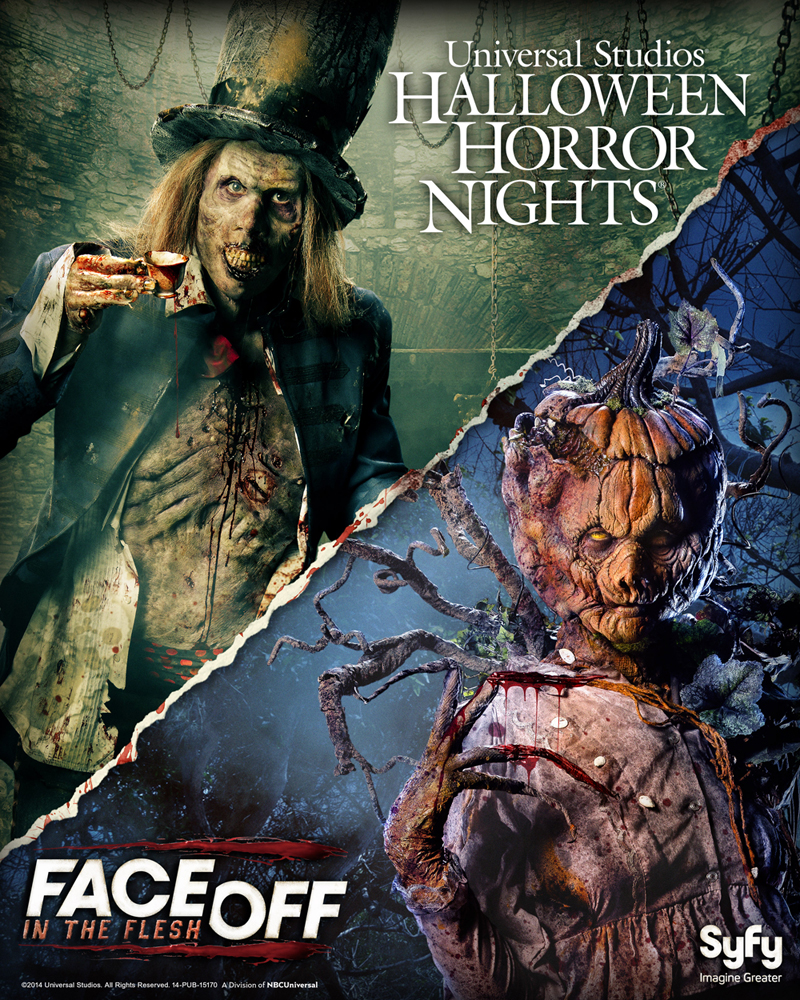 Last evening, in an unnecessary trend of late night press releases, Universal Orlando announced their first scare zone for this year’s haunt. Universal has partnered with Syfy’s hit competition series “Face Off” and will be live and “In the Flesh” in Orlando and Hollywood.

If that sounds familiar, it’s because it is. We covered this a month ago when we received a “leaked list” of scare zones and haunted houses for the event.

Orlando’s scarezone, titled “Face Off: In The Flesh,” will feature 10 creations inspired by the show including a look designed by the season 5 winner, Laura Tyler.  The zone will contain 5 different environments and featuring farmland scarecrows and castle ruin brutes.

Hollywood isn’t getting a “Face Off” scare zone, they’ll be turning the acclaimed series into a maze filled with disturbing creations from special effects make up artists from the past six seasons. The maze will be home to twenty-two original “Face Off” designs and will feature music from electro house artist “Figure.”

Universal Studios’ “Halloween Horror Nights” events have a more than 20-year history of creating incredibly entertaining, horrifying Halloween experiences that are consistently rated the nation’s best. The events on each coast feature highly-themed, disturbingly real, haunted mazes based on everything from films to nightmares – and streets filled with hundreds of specially trained “scareactors.” Other announced experiences include “From Dusk Till Dawn” and “The Walking Dead: The End of the Line” haunted mazes.